The "God Made You Special" Preschool 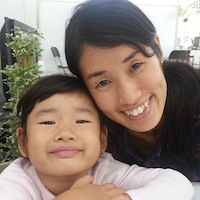 The other day [my daughter] came up to me with a smile on her face and said, "God made you special!" I felt so happy. In fact we chose this preschool a year and a half ago, because one of the staff had said that they start each day praying that they will be able to serve the children. They respect and cherish the character that God gave each child.

At first, my daughter couldn't speak any English and went to school nervous every morning. Then her first time came up to be the line leader and walk in front of the other children to the park. My daughter is quite slow at getting ready and walking, but none of the other children rushed her or made her feel bad. Instead, they said "[She]’s still slow, so everybody walk slow and don't push." They all adjusted their pace to hers.

My daughter has happily told me about other times too that the older children helped her, and it struck me that they had been influenced by the attitude of respect for each child's character that the teachers have.

Because several of her classmates are from other countries, I hear my daughter playing and saying things like: "Can I play with you?" "Come up here!" and "So-and-so gave it to me!" She has always loved music, and nowadays comes home singing the many English songs that she has learned. I've heard that she sometimes makes up songs in English with her friends. Every day she brings home letters she has written and family pictures she has drawn. Her classmates who like blocks build amazing structures that would surpass those of adults.

This preschool really does have a warm atmosphere, a "God made you special" spirit that sees the good in each and every child and takes joy in watching them grow.